Our Team
About Us Our Team

At J Bryant Boyd Architect Design-Build, our team is our family. Together, we work like a well-oiled machine to make sure your dream home is everything you want it to be. Unlike other firms, we don’t sub out the design process; the entire project is in our hands from start to finish. From the architect to the craftsmen who build your home. This streamlines the process and simplifies communication. It also ensures a cohesive design and flawless construction.

There’s a lot of talent on our roster. Our team has been designing and building homes in the Georgetown area since 1992. We know the community, the climate and the culture. That’s why we build site-specific custom homes no other firm can offer.

Our projects range from custom and speculative homes of 1,000 to 13,000 square feet. We also boast expertise in multi-family housing, luxury remodeling and commercial development. We are well-rounded and ready for a challenge. When you work with J Bryant Boyd Architect Design-Build, our team is your team! 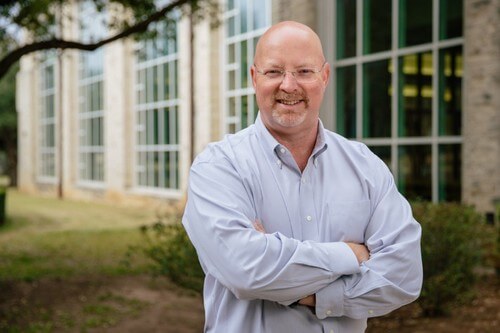 A Georgetown icon and a Texas Tech University graduate, James Bryant Boyd, AIA started his career building barns and stables on his Dad’s horse ranch in north Texas. After high school Bryant began working in construction and then moved to the oil fields of Oklahoma and West Texas. In 1992 Bryant started his residential architectural firm in the thriving boom town of Austin, Texas. In 1997 Bryant moved his firm to Georgetown where he has earned the reputation for creating sustainable, site oriented, buildable, and beautiful architecture that acknowledges historic precedent and embraces modern performance. His firm and his work have been recognized with local design awards and in several national design publications. Connect with Bryant on Linkedin. 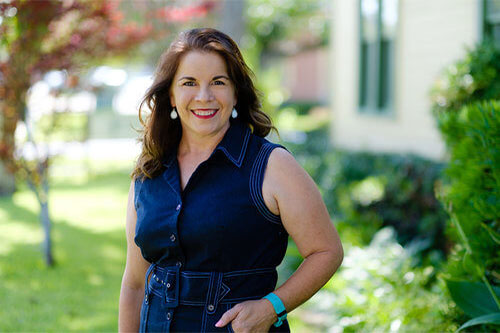 Melissa and her husband, Bryant, have proudly called Georgetown their home for the past 18 years. They are proud parents to one daughter, two rescue dogs, three cats and several chickens. Passionate about animal rescue, Melissa often fosters dogs and cats until they are able to find forever homes. Melissa enjoys gardening and moonlights as a landscape designer. She also penned and published a children’s book called The Christmas Wish. Melissa is currently a member of the Austin Boxer Rescue and is a Georgetown Heritage Society Board Member. Melissa grew up in Abilene and graduated from Texas Tech University with a degree in Deaf Education, and worked for 20 years teaching elementary school in Georgetown/Austin area. Now a licensed Realtor, Melissa is thrilled to have the opportunity to share her love of Georgetown and the Austin area by helping others find their perfect home. As an enthusiast member of the community, she enjoys showing clients the best that Williamson County has to offer. Please call Melissa anytime without obligation to see how she can assist you with your next move. 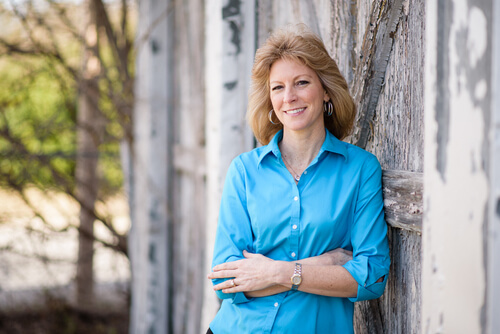 A native of Southern California, Christy began her career in the Marketing/Public Relations Department of Yamaha Motor Corp. Her professional career encompasses general administration, marketing, public relations, and business management. In 2000, her husband’s occupation brought them to the Dallas/Ft. Worth area, and four years later, to Georgetown. After many years as an Executive Assistant, Christy decided to channel her creative side by studying graphic design. Graduating with her degree in 2004, Christy worked as Marketing Manager for an Austin motorcycle dealership, and later for a Harley-Davidson dealership. As Operations Manager at J. Bryant Boyd, Christy wears many hats, including managing the production process and financial business operations of the company. Connect with Christy on Linkedin. 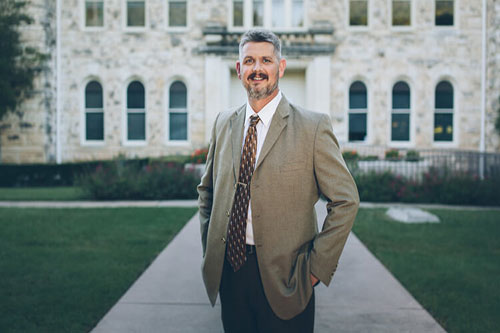 Charles was born in Houston to a Police Commander and raised on a farm in East Texas. He joined the U.S. Navy where he served in the Persian Gulf during Desert Storm, and several years later joined the U.S. Army. During his years of service, his many travel opportunities exposed him to many types and styles of architecture. To Charles, being a creative designer is more of a pleasure than it is a job. His love of creating spaces in which to live, work and play is a great sense of fulfillment. Charles has been the lead Designer for J. Bryant Boyd since 2005. He and his wife, Denise, and their family live in Jarrell, Texas. 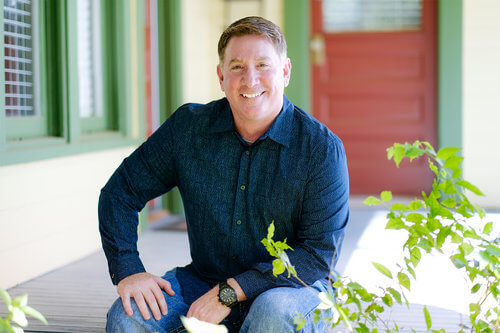 Rory Grissom a Texas A&M University graduate, joined the J. Bryant Boyd Design-Build team as Estimator in June 2017. After college he began working in the corporate world in sales and moved to Kentucky then back to the Austin area. In 2006 Rory moved to Weatherford, TX and started working in developing and residential custom home building with his Dad and Uncle. Building custom ranchette homes in the Aledo, Weatherford and DFW area. Rory's daily role involves working closely with the client, designers, and subcontractors to ensure the cost and scope of work is delivered to the client. 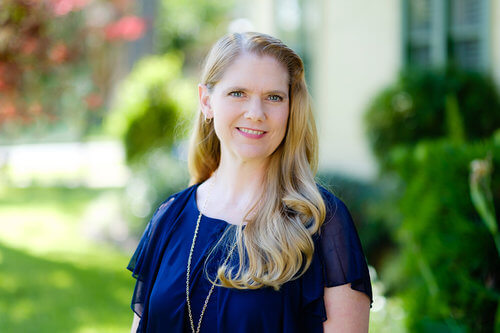 Jennifer is originally from the Washington DC area of Virginia, but has called Central Texas her home for the past 20 years. Jennifer started her career in Office Administration in the construction field with Graybar Electric Co. in 1996. After may years of office administration and bookkeeping, she took a few years off to stay at home with her two children, Scott and Melanie. In her free time Jennifer enjoys spending time with her children, scrapbooking and reading. Jennifer joined the J. Bryant Boyd team as Office Manager in 2017. When you call or visit us, she is the friendly voice of greeting. 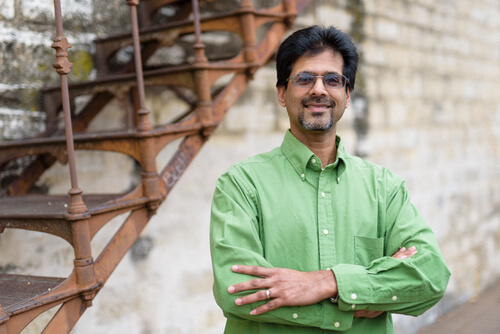 Born in the country of Trinidad, Prem started his career in construction at the age of 16, working for a British civil engineering firm. While there he completed his education in Construction Engineering and Architectural Drafting. His projects encompassed all types of building, civil and industrial construction. Later he worked for a specialty hotel builder, traveling the Caribbean on various projects as a Scheduler and Drafter. With 20 years of construction experience, he migrated to the US with his wife and two daughters. He spent seven years in New York City working for a Professional Engineer as his Senior Draftsman and Office Manager before moving to Austin, Texas, where he soon found his life blossoming. He is an avid earth person and strives in many ways to not disturb nature.

Donovan was born and raised in Houston, Texas. He is very proud of his work as Building & Grounds Services Manager at the Houston Livestock Show & Rodeo and his work at Houston's major sports stadiums. He is a huge fan of the Houston Texans football team, but also enjoys fishing and hunting and is a pretty good artist when he has the time. Donovan has been an integral part of the J. Bryant Boyd construction team since 2016. He performs many job functions, including clearing and preparing job sites, demolition work, loading and delivering materials, assisting with miscellaneous building projects, landscaping, and does an top-notch job at keeping our building sites clean. Donovan currently lives in Georgetown and is the proud father of two beautiful children, Ivan and Evelyn. 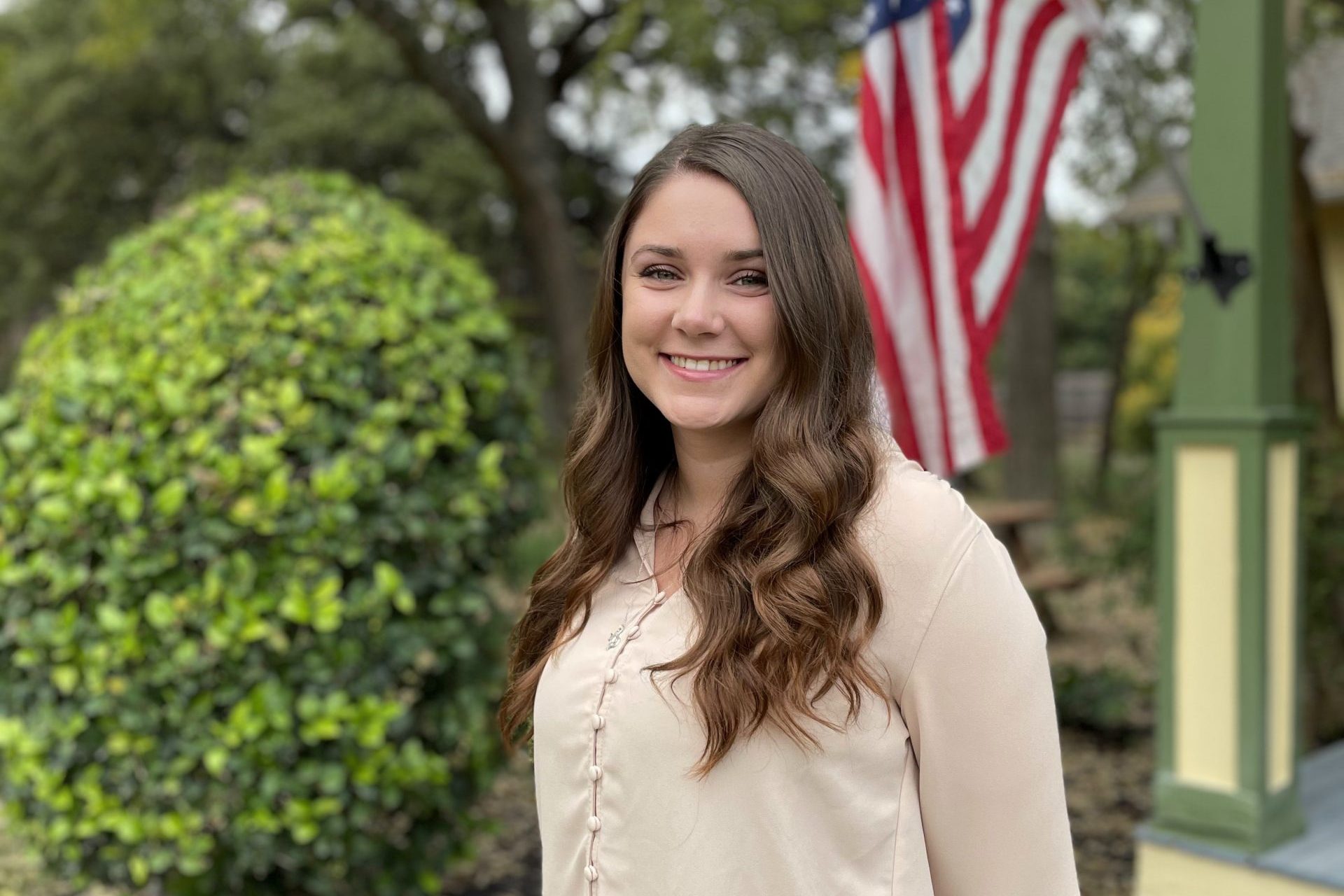 Sydney is a Georgetown native and Texas A&M graduate (Class of 2020, Whoop!) Sydney moved from North Austin to Georgetown in 2007, where her parents built a custom home designed by Georgetown Architect J. Bryant Boyd. It was during the process of watching her parents design their dream home that Sydney’s interest in architectural design took form and eventually led to her choice to pursue architecture as a career path. In the spring of 2019, Sydney had the opportunity to study abroad in Barcelona, Spain, where she was exposed to a wide array of historic and modern architectural styles that widened her view of what architecture could be. During her final year of school, Sydney sought out J. Bryant Boyd for a summer internship, where she was able to work under the same architect who designed her family home back in 2007. After finishing her final semester virtually and graduating during the crazy year that was 2020, Sydney began working full time at J. Bryant Boyd Design-Build as a designer and draftswoman. Sydney has enjoyed learning about home design and construction under the mentorship of Bryant, and has loved having the opportunity to design homes for families like her own to live and thrive in. 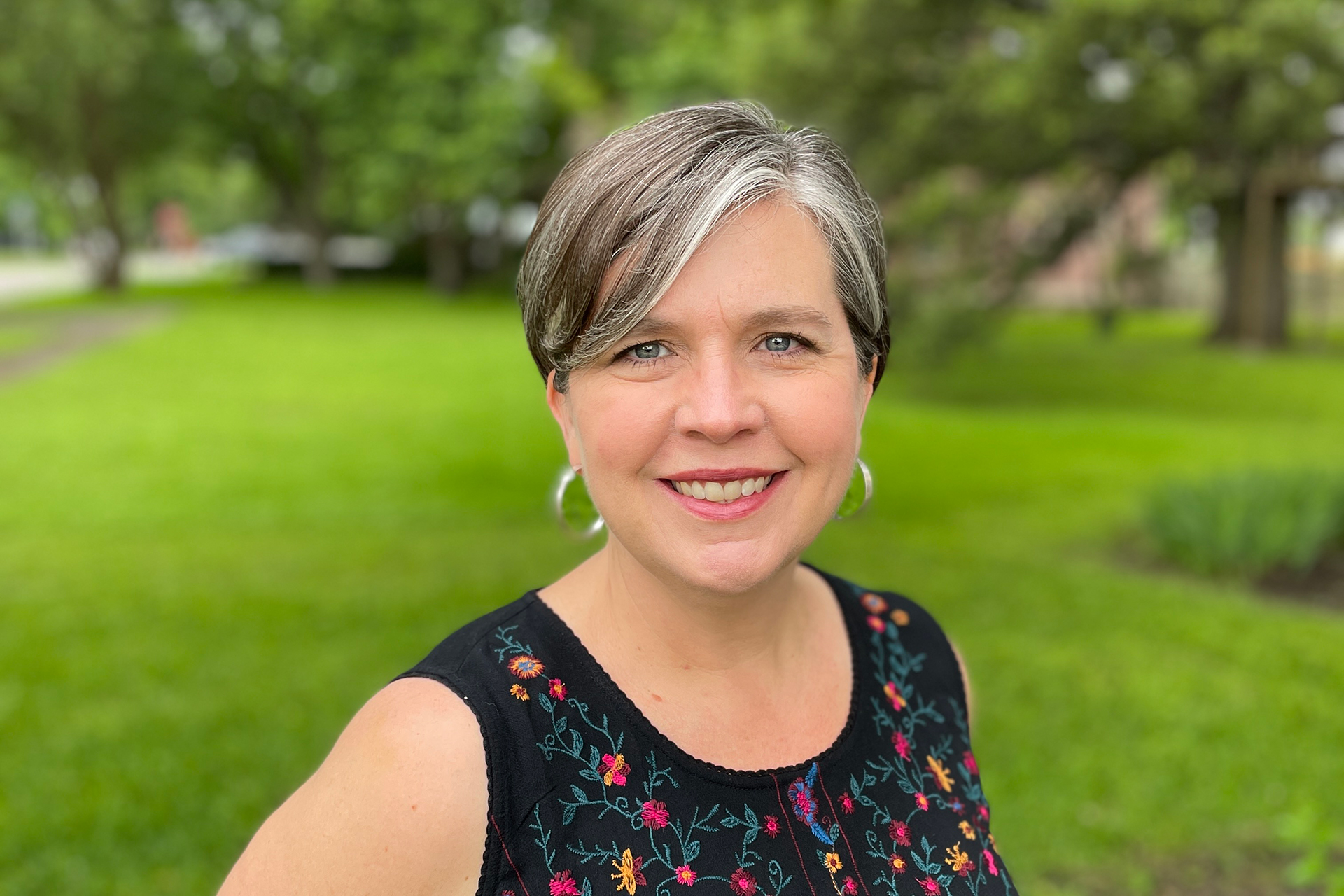 Robyn was born and raised in small-town East Texas (Lone Star, Texas to be exact!). She graduated from the University of North Texas in Denton and later worked in Dallas, Texas and Cologne, Germany, managing software licensing agreements for Fortune 500 companies. When she returned to the states, Robyn settled in the Austin area, where she met her future husband and began working at the Austin American-Statesman as a product manager in recruitment advertising. After having her children, Robyn chose to be a full-time stay-at-home mom. In addition to enjoying her family, she did quite a bit of volunteer work, mostly in fundraising. She returned to the workforce, working for a small, family-owned general contractor in the Austin area. She quickly went from answering the phones to coordinating remodeling projects and realized she enjoyed working alongside clients to see their vision come to life. When not working, you can usually find Robyn gardening, cooking and working with the dogs she fosters through Texas Great Pyrenees Rescue. 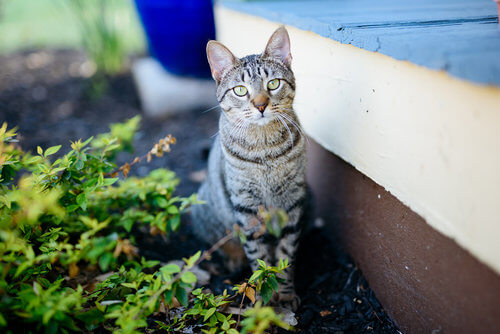 A Georgetown native and lifelong Texan, T-square is the epitome of success. After attending the school of hard knocks as a feral kitten, T-Square graduated 1st in her class. She was hired by J Bryant Boyd Architect Design-Build and has worked her way up the ladder to become its very first CFO (Chief Feline Officer). T-Square has been an excellent addition to the team and can be regularly found napping and purring around the office. In the evening, she has been given the daunting task of protecting the headquarters from unwanted rodents and other undesirable visitors. She does an excellent job on both fronts.

Work with someone you can trust. Work with J Bryant Boyd Architect Design-Build. Together, we can make your dream home a reality. To learn more about how our team can help you, call us at (512) 930-1686 or visit us in Georgetown, TX. You can also fill out our contact form. We look forward to working together.

J Bryant Boyd Architect Design-Build has been a recognized leader in custom home design, construction, and restoration. We strive to create authentic, energy intelligent homes to fit the site and our client’s resources.